THE WORLD FROM ABOVE

“You did anything to bury me/but you forgot I was a seed.”
Dinos Christianopoulos

A tiny seed, once drifted away by the wind, and, from the stem of the flower that protected it and kept it warm, it was suddenly found wandering in the immense, inhospitable sky. It was horrified by this strange environment, but it surrendered to the wind and swirled with it in a frantic dance.

How nice that felt…
It didn’t know until then how the world was hiding other joys than those that had been given to it under the safety of its flower. It felt an unprecedented sense of freedom and carelessness and started to believe it could achieve anything.

Soon, the wind got bored of their dance and left to pursue other adventures. But just before the seed reached the ground, a mighty beak grabbed it and so it found itself flying again, this time along with its most terrible enemy.

It knew what to expect. It had heard the stories many times, when it was still under the protection of its flower, being whispered by the scared trees and plants, and it felt a shudder going through its body. It was about to die before having fullfilled any of the things it had dreamed of, before having seen anything it had heard stories about …

But before she reached the nest with her hungry youngsters, the bird run into more delicious fruit and left the seed fall into the water. The river dragged it, its streams saved it from the hungry fish and finally washed it on one of its banks. There, the seed, exausted, sank into the wet soil.

What a warmth suddenly surrounded it … It realized that it truly belonged here, that this was its destination. It surrendered to the beneficial embrace of the mud that boosted its roots with energy to grow and spread deep inside the earth. It was ready to turn into what it really was, and it finally felt… happy.

Happiness is defined by so many factors and is certainly not a stable state with unlimited duration. On the contrary, it has fluctuations and it is the result of our effort to re-discover ourselves.

To get in touch with all its aspects and embrace them all, even those we don’t like that much. Because if we want to evolve, we need to know our weaknesses and be able to grow with them.

The majority of the new pieces of the Spring & Summer collection are one of a kind, meaning they were designed and handcrafted without the intention of being reproduced. Each one of them is the result of devotion, time and effort to create something special, something that will give part of its magic to the person who will acquire it. Find your own favorite and discover the piece of yourself hiding within it. 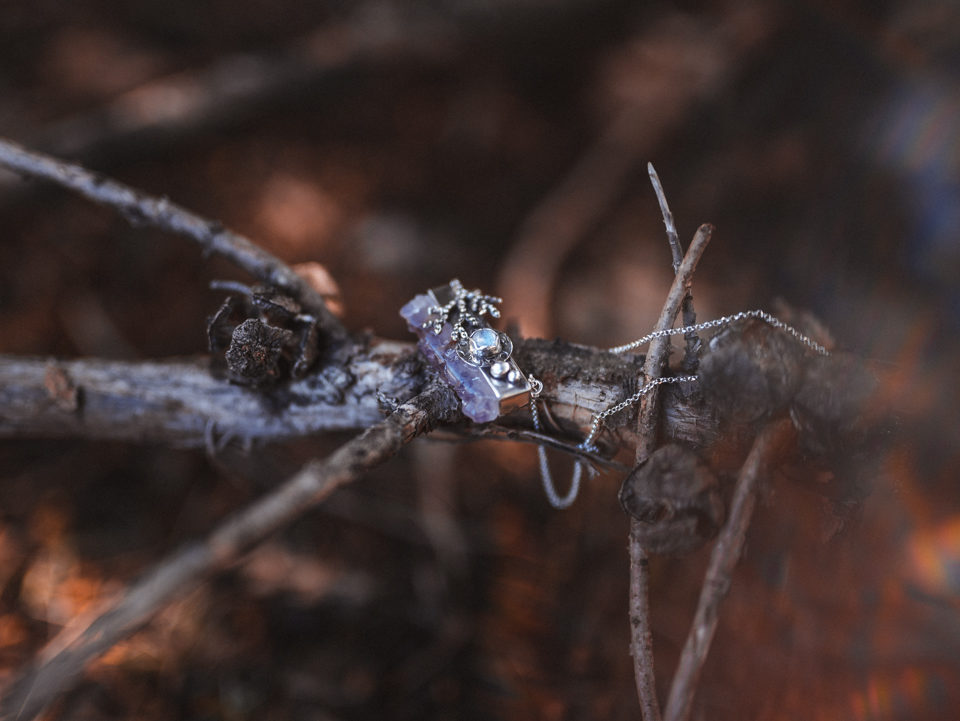 We use cookies to ensure that we provide you with the best possible experience on our site. If you continue to use this page we conclude that you agree to this. Learn more.